Okinawa Prefecture – once called the Ryukyu Kingdom – has formed its own unique culture.
The cuisine and performing arts that used to entertain Chinese envoys (sapposhi), served the royal court dishes and goyoshu (official liquor) Awamori,
and livened up the feasts with performances that are still very popular among Okinawan people as the pride of Okinawa even today.
Here is an introduction of the food culture and performing arts cultivated during the Ryukyu Kingdom era have been handed down through the
“shurei-no-kokoro (spirit of courtesy) that continues without interruption, while reflecting the history of “yogawari (changing times).”

Royal Capital That Laid the Foundation for the Ryukyu Kingdom
Urasoe

Okinawa Prefecture – once called the Ryukyu Kingdom – has formed its own unique culture. Around the 14th century, the Ryukyu Kingdom was divided into three small principalities – Hokuzan, Chuzan, and Nanzan – with a conflict waged over Okinawa Island. The most powerful among them was Chuzan, which was based in the present-day city of Urasoe, where three dynasties – Shunten, Eiso, and Satto – prospered. Urasoe Gusuku (Castle), the royal castle of Chuzan, was built in the 13th century during the days of King Eiso. 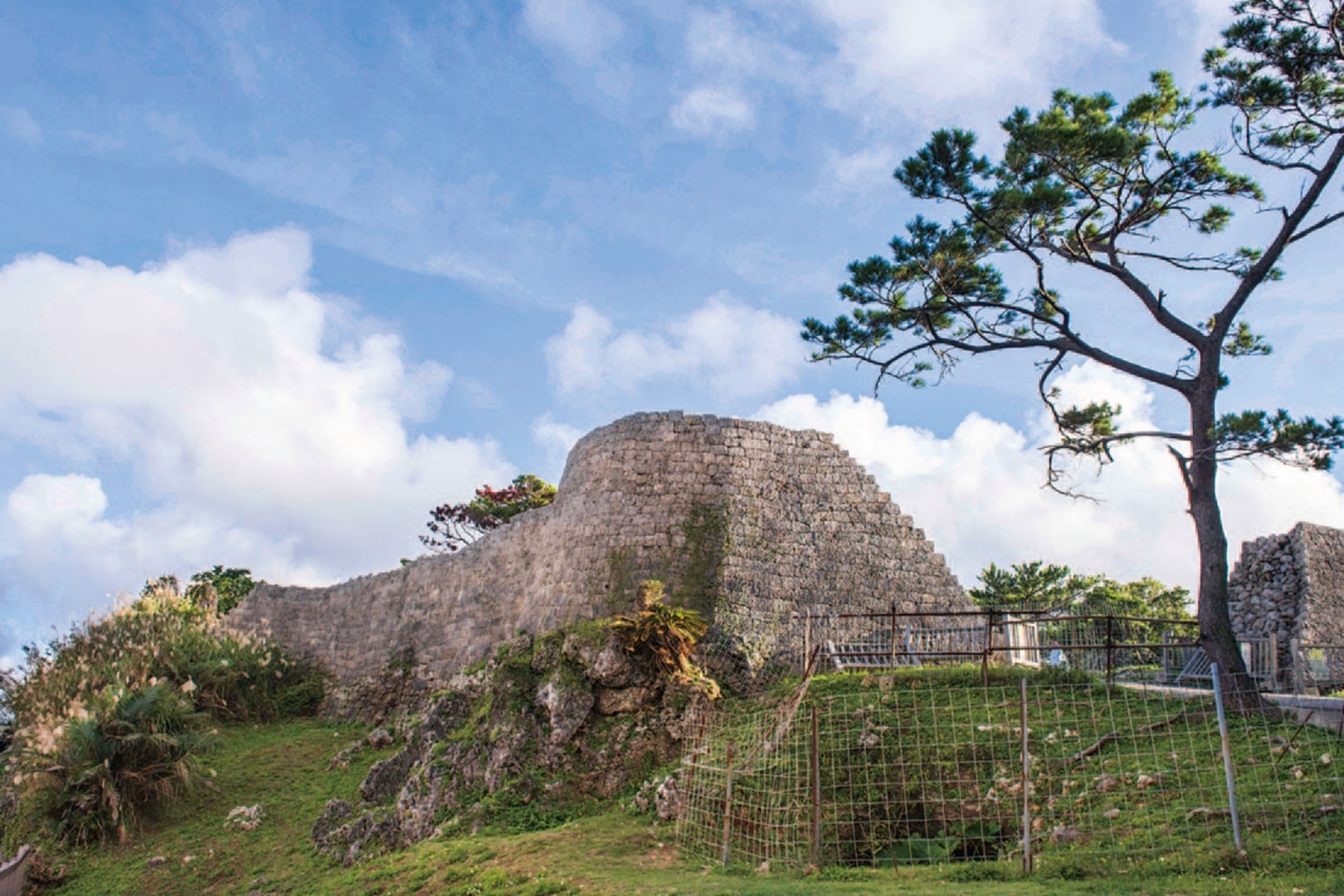 A Kingdom That Prospered as a Trading State
The Ryukyu Kingdom

In the early 15th century, Sho Hashi, who became the king of Chuzan by overthrowing the Satto dynasty of Chuzan, unified the three principalities by defeating Hokuzan and Nanzan. He then relocated the capital from Urasoe Gusuku to Shurijo Castle, and along with that, he moved the center of trade to Naha. In this way, Sho Hashi helped develop the Ryukyu Kingdom.
Naha Port, which became a trade center in line with the relocation of the royal capital, supported the development of the Ryukyu Kingdom by becoming a center of trade with Japan, China, and Southeast Asia. The following inscription is engraved on the “Bankoku Shinryo no Kane (Bridge between All Nations of the World Bell)” hanging in front of Shurijo Seiden: “Ryukyu is located in a blessed region in the South Seas … sailing on ships and serving as a bridge between all nations, the land is filled with treasures.” As indicated in this inscription, Ryukyu developed through trade with foreign countries, welcoming Chinese envoys and other visitors with courtesy.
Kume, a district in Naha City near Naha Port, was home to a group of Chinese people from the Fujian Province of China (Bin-jin Sanjuroku sei, or 36 Min families) around the 14th century, and at that time Kume was a Chinese village called Kume-mura (Kuninda in the Okinawan language). In addition to being involved in diplomacy with China, etc., the 36 Min families exerted various influences on politics, economy, and culture of the Ryukyu Kingdom, and also had many influences on food culture. 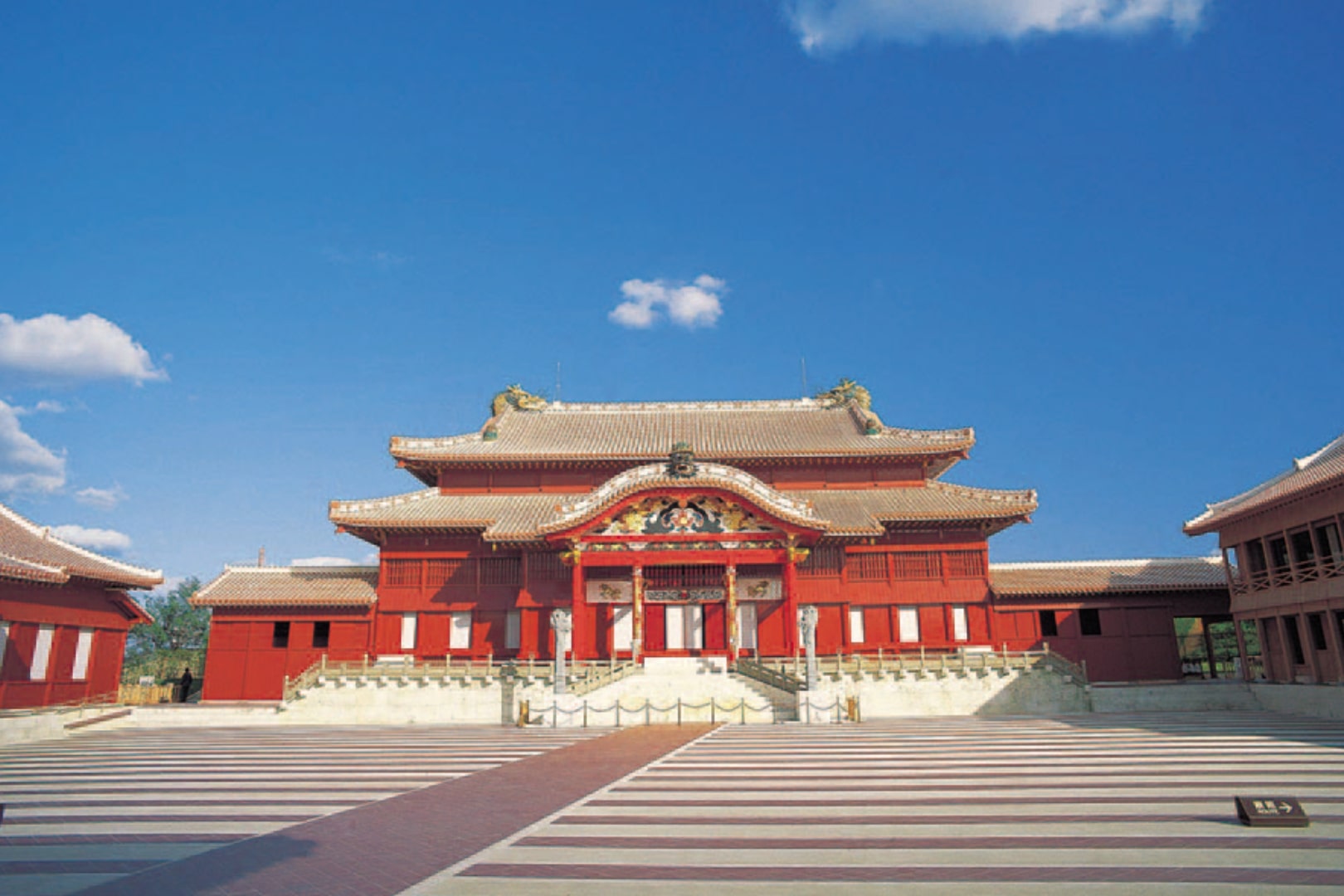 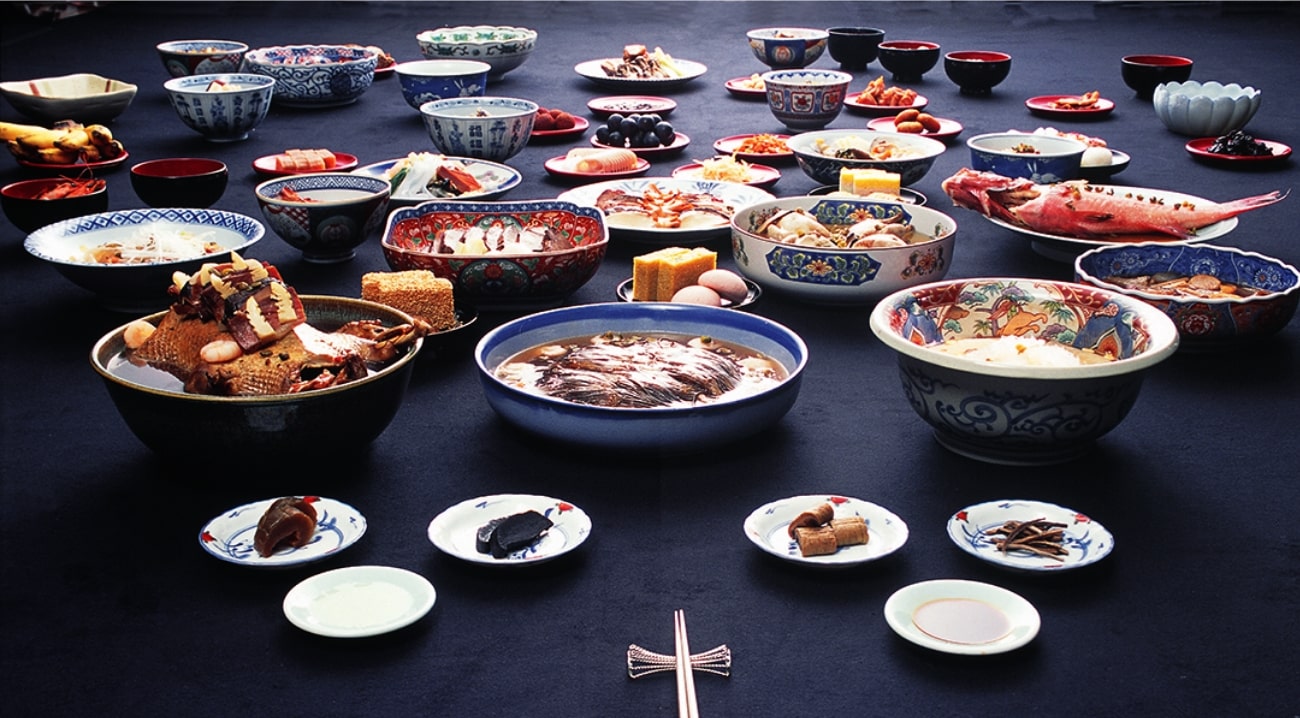 During the Ryukyu Kingdom era, Chinese investiture envoys visited the Ryukyu Kingdom to perform sappo (a ritual to appoint the new king). The missions, consisting of some 400 members, are said to have stayed in Okinawa for about half a year. During their stay, seven large banquets called “Shichien” sponsored by the king were held in various places such as Shurijo Hokuden and Tenshikan, in addition to the majestic investiture ceremony. At these banquets, more 30 Chinese-style dishes were served. The Ryukyu Kingdom put so much effort into preparing the cuisine that is indispensable for entertaining state guests that Ryukyuan chefs were sent to study in China, and this cuisine, which can be called the Ryukyu version “Manchu–Han Imperial Feast,” came to be called “ukwanshin cuisine” after the name of the ships on which the investiture envoys arrived in the Ryukyu Kingdom, carrying the crown for the Ryukyuan king.
In this way, dishes were created to entertain the Chinese investiture envoys during the Ryukyu Kingdom era, and upon refining cooking techniques, manners, etc. the dishes came to be established as “royal court cuisine.” In addition, at the “Shichien,” dancers dressed in colorful and gorgeous bingata costumes performed Ryukyuan dances. The Kumiodori (a form of narrative traditional Ryukyuan dance consisting of music, dance, and dialogue), which was later registered as a UNESCO Intangible Cultural Heritage, was also performed there.

Meanwhile, aside from the “Shichien,” the Chinese investiture envoys were entertained with dishes served on bright red Ryukyuan lacquerware as well as performance arts at Shikinaen, the Ryukyuan royal family’s largest villa, and Uchaya-udun (lit. “teahouse palace”), which were built to entertain the investiture envoys.
In this way, the food culture and performing arts of the Ryukyu Kingdom came to be nurtured by the “spirit of courtesy” directed toward Chinese guests. 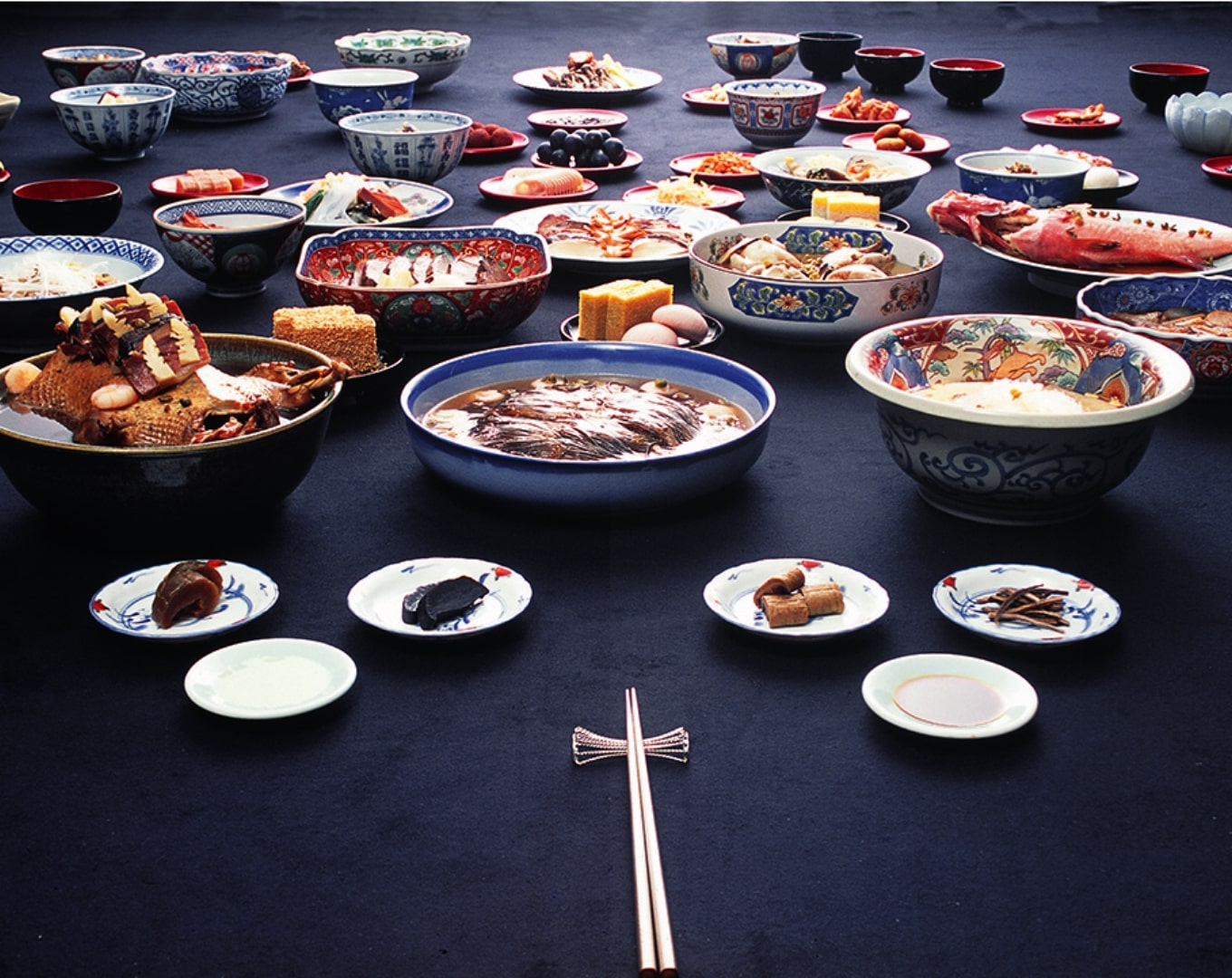 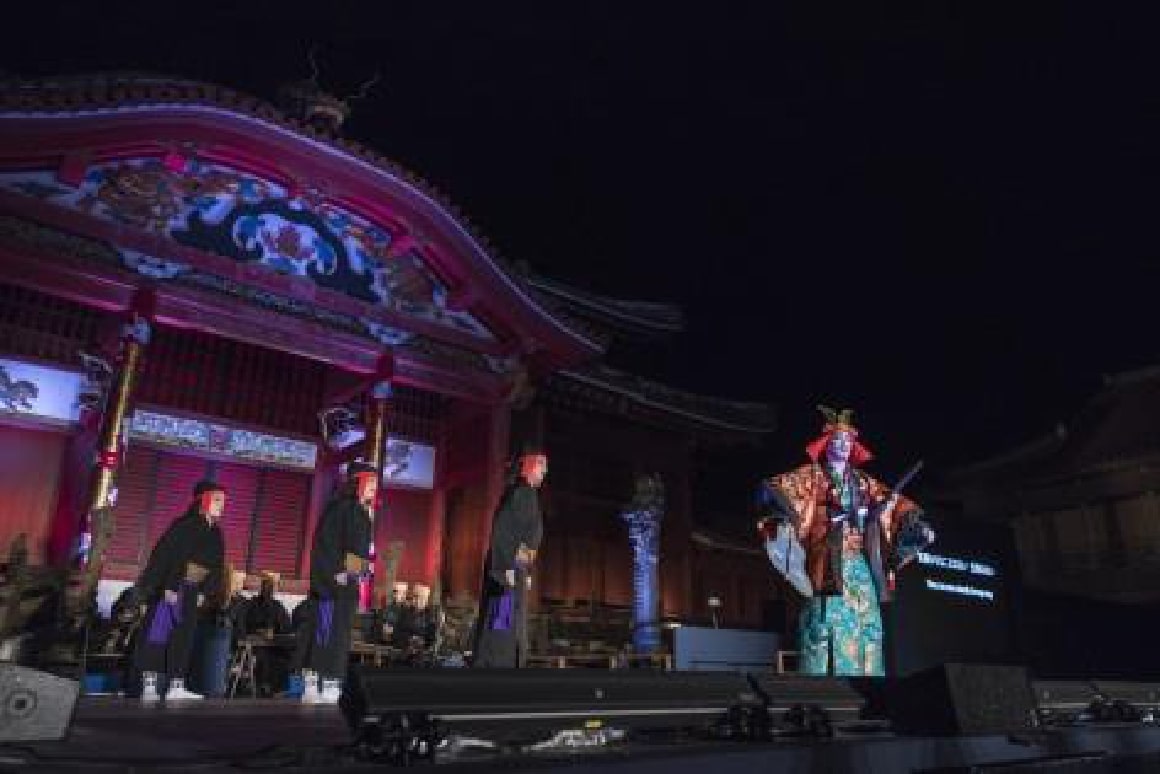 Around the 15th century, the Ryukyu Kingdom was actively engaged in trade with Southeast Asia, especially with Siam (present-day Thailand). Around that time, it is said that Ryukyuan traders brought back distilled liquor and the technology to produce it to Ryukyu, and in the latter half of the 15th century, awamori production began.
In the 17th century, the production of awamori was under the control of the Royal Government in Shuri. Within the Royal Government, there was an office that managed awamori production. Awamori was strictly controlled and stored in zenikura (a two-story storehouse where awamori, oils, and other materials, as well as money for the court’s everyday use were stored), and it was handled as an official liquor, being used for entertainment Chinese investiture envoys, etc.
What is very attractive about awamori is that it is set aside to mature over many years after which it becomes an excellent kusu (well-cured sake). By adding young sake to aged kusu, it is possible to preserve the scent and aroma of the awamori. Known as “shitsugi,” this method has been widely adopted, and shitsugi culture has taken root in Okinawa. Many families still practice this method to produce good kusu and serve it to guests during festivals, celebrations, and other occasions. 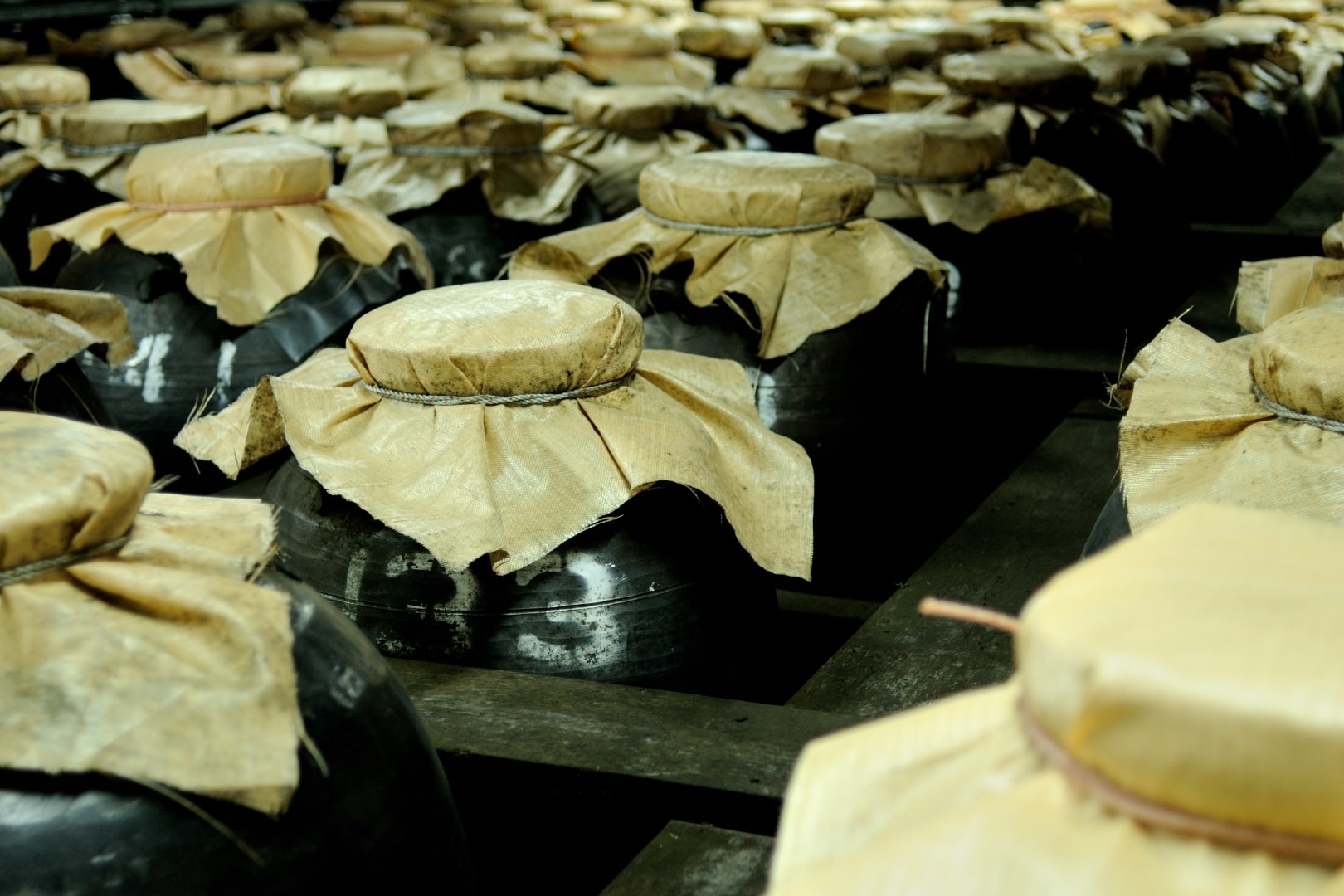 The Ryukyu Kingdom” which had a history of about 450 years, came to an end due to the abolition of the “han (feudal domain)” system and its replacement with a system of prefectures carried out by the Meiji government. After the Ryukyu Kingdom became Okinawa Prefecture, the chefs who worked for the Ryukyu Kingdom lost their jobs, but Ryukyuan cuisine that had its origins in the ukwanshin cuisine and Japanese-style cuisine that was introduced under Satsuma rule spread from the Shuri area to social gathering places in the Naha area. Numerous dishes such as “nakami jiru (clear pork gut soup)” and “tofuyo (fermented bean curd)” that people had consumed since the Ryukyu Kingdom era are still popular among the Okinawan people. In addition, “goya chanpuru (stir fry dish consisting of tofu, goya (bitter melon) and other vegetables such as bean sprouts)” as well as “ikasumi jiru (squid ink soup),” which is known as saguigusui (medication that eliminates harmful substances from the body), is in line with the concept of ishokudogen (idea that both food and medicine help preserve health, and that they both have the same origin), and even now, the concept of “nuchigusui = drug of life” and “kusuimun = drug” is rooted in the daily lives of the Okinawan people, and these dishes are commonly found on the menu at local restaurants, etc.
In addition, Ryukyuan sweets such as “chinsuko (biscuit mostly made of lard and flour),” which is now a standard Okinawa souvenir, and “kippan (mandarin cake),” which was also served in ukwanshin cuisine, have been passed down from generation to generation.
Ryukyu Awamori, which was only allowed to be produced in a limited area of Shuri, is now produced at breweries in various parts of the prefecture, including remote islands, and brewery tours and taste-sampling events are available.
Meanwhile, Okinawa Prefecture is a region where singing and dancing is so popular that it is often referred to as an “island of performing arts,” and performing arts are very familiar to the Okinawan people in their daily lives, as they are always staged at (wedding) receptions and other events. Regularly scheduled performances of Ryukyuan dances and Kumiodori are held at the National Theater Okinawa (Urasoe City), so anyone can easily experience and enjoy Okinawa’s performing arts.
A long-established ryotei (fancy Japanese-style restaurant) that is still in business today and other similar establishments can be found in Naha City where customers can enjoy Ryukyu cuisine and awamori while enjoying Ryukyuan dance and other performing arts, just like the Chinese investiture envoys did in the past, so it is possible to enjoy Okinawan food and performing arts there.
In this way, the internationally rich food and performing arts culture cultivated during the Ryukyu Kingdom era has been handed down from generation to generation, and it still attracts local Okinawans as well as tourists from mainland Japan and foreign countries. 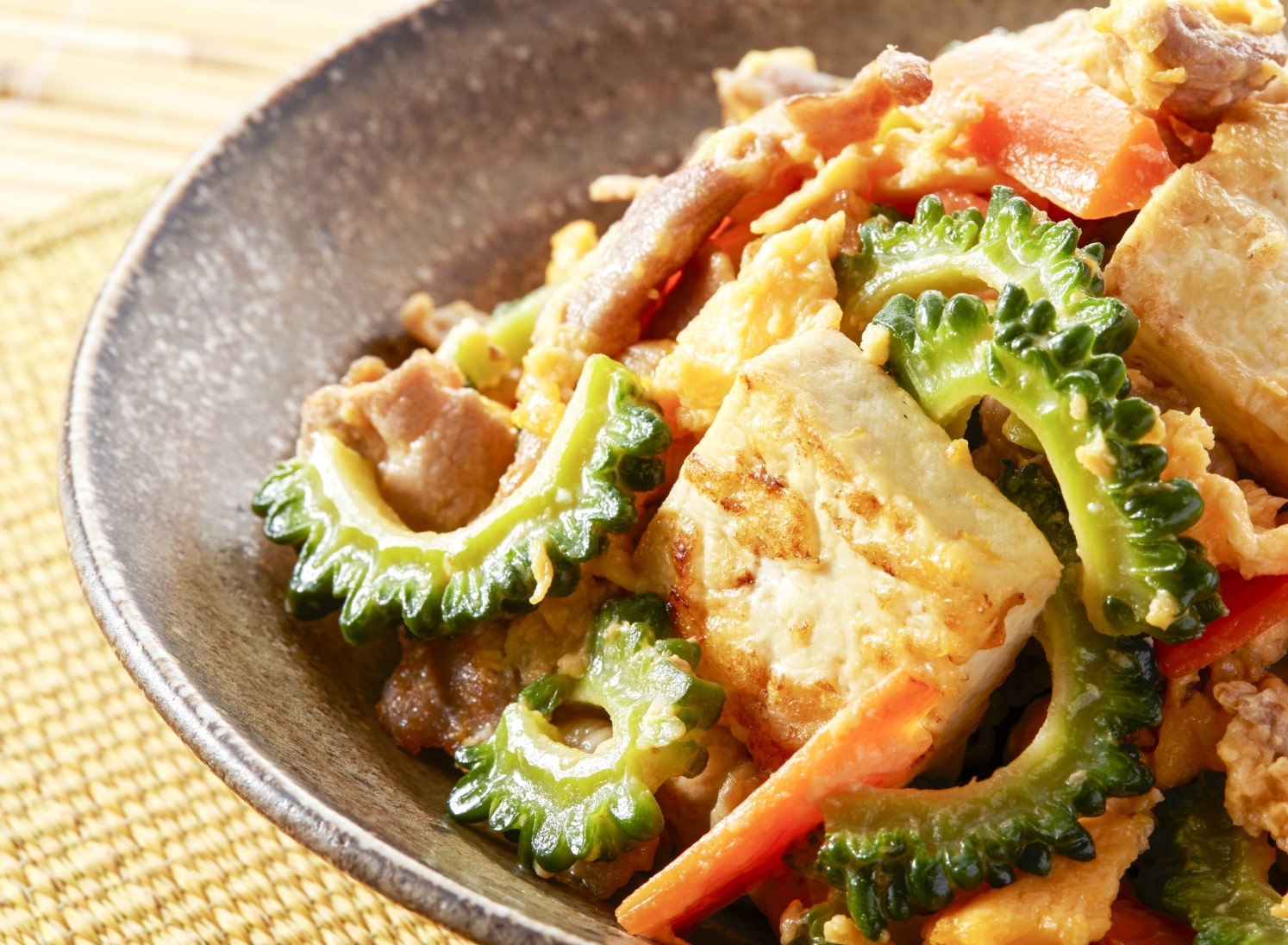 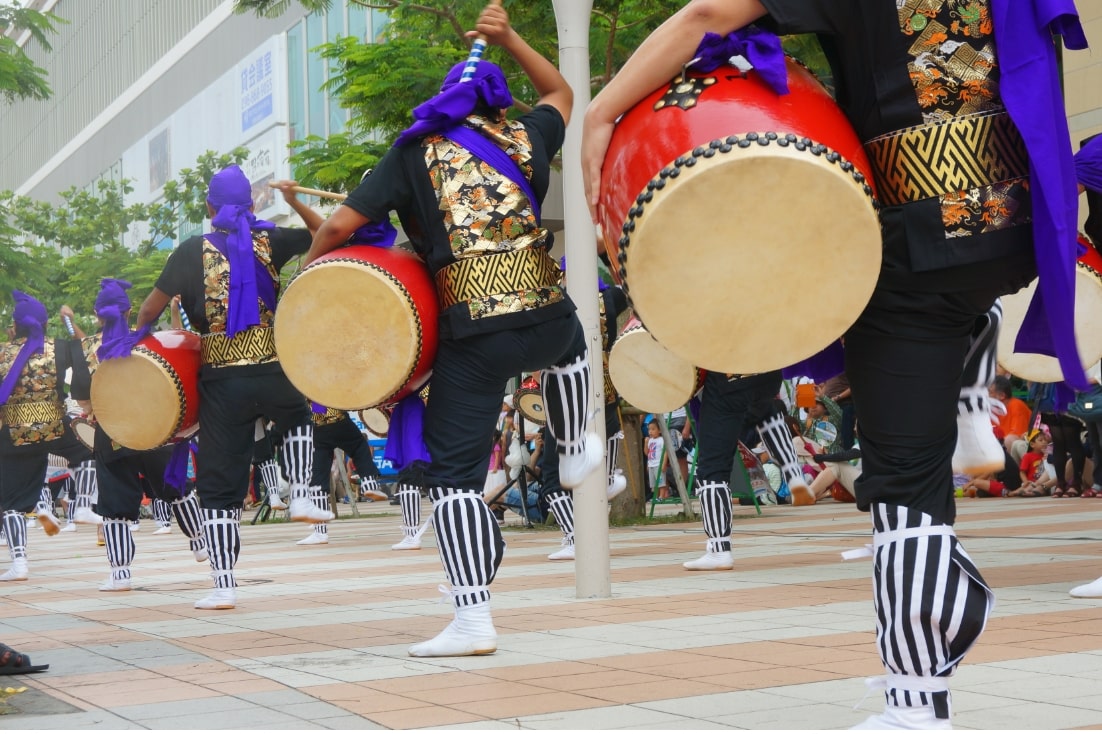